Ocean circulation, upwelling phenomena and chlorophyll-a concentrations were investigated within the framework of numerical model simulations with 1/12° nested horizontal grid-size, in the tropical western Indian Ocean, along the coasts of Tanzania and Kenya. Ekman driven upwelling exhibited high levels of spatial and temporal variability in the region, characterized by a more vigorous occurrence/intensification during the Northeast than the Southwest Monsoon season. A similar trend was observed for chlorophyll-a distribution, but with an additional strong contribution during the inter-monsoon period from March to April. Trend analysis of a SST-derived coastal upwelling index (CUI) computed over the Pemba Channel and offshore of the East African Coastal Current (EACC), for 24 years (1990 - 2013), revealed a general linear relation of the form CUI(yr) = 2.4x10-7yr – 285, with a steady small annual increase of the upwelling phenomena by 0.0024/year ≃ 4% during the whole period of the simulation, which could be attributed to documented increasing trends of wind intensity and water volume transport in the region. The CUI exhibited the two most dominant peaks of variabilities on the range of annual and semi-annual timescales. The wind-stress southward component and the easting/westing veering of the northward EACC at 6°S revealed that these parameters were moderate and significantly correlated with the CUI (r = - 0.53 and 0.52, p<0.05) respectively, further suggesting its intensification during the Northeast Monsoon season. 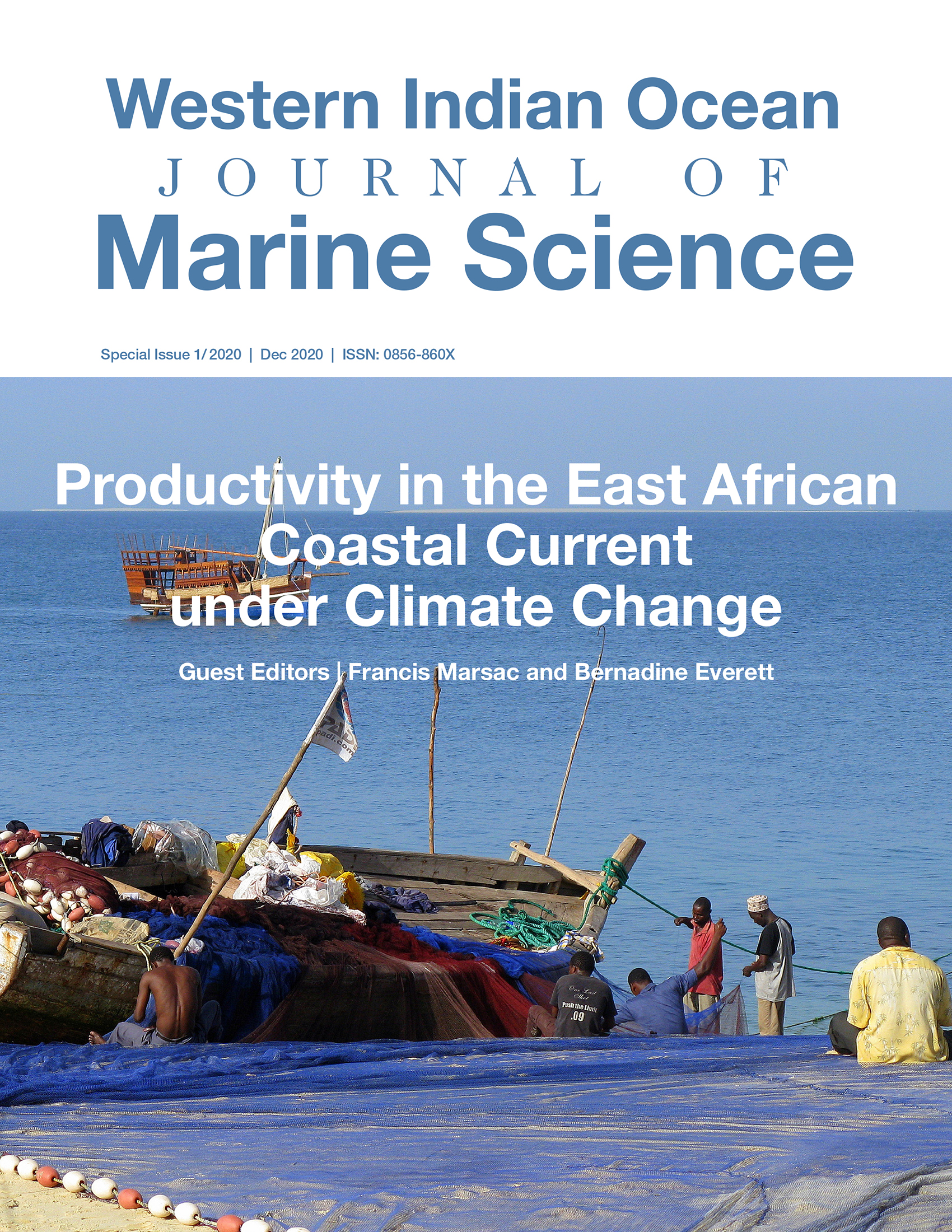