Population characteristics and exploitation of yellowfin tuna (Thunnus albacares Bonnaterre, 1788) in the coastal waters of Kenya

Yellowfin tuna, Thunnus albacares (Bonnaterre, 1788) is a highly migratory and important commercial fishery species. Data on length-frequency, growth parameters and mortality rates of yellowfin tuna in the coastal waters of Kenya is limited. We assessed Catch Per Unit Effort (CPUE), size distribution, growth parameters and mortality rates based on length-frequency and catch data collected from August 2015 to December 2016 at five fish landing sites along the Kenyan coast. The sample comprised of 1281 individuals of yellowfin tuna weighing 12,671 kg. Highest CPUE was recorded in October 2015 (10.8 kg·Fisher-1Trip-1) and lowest CPUE, 2.6 kg·Fisher-1Trip-1 in December 2016. Yellowfin tuna was more abundant in the South-East Monsoon (SEM), from May to October, with an average CPUE of 7.3 kg Fisher-1Trip-1 compared to North East Monsoon (NEM), from November to April, with a CPUE of 7.0 kg Fisher-1Trip-1. Spatial variation of CPUE was evident. Old Town recorded the highest CPUE of 54.2 kgTrip-1, while Mnarani the lowest of 19.4 kgTrip-1. At least 91 % of the fish sampled were < 100 cm FL and hence not yet mature. The asymptotic Length (L∞) was found to be 195 cm FL, the Von Bertalanffy growth constant (K) 0.43 year-1, t0 - 0.82 and the Growth Performance Index (f) 4.21. The total mortality coefficient (Z) was 2.59 year-1 , Natural Mortality (M) 0.59 year-1, Fishing Mortality (F) 2.00 year-1 and Exploitation Rate (E) 0.77 year-1. Results show that mortality and exploitation rates were above the optimal, indicating high fishing pressure on coastal yellowfin tuna. The information generated by this study provides some further insights on the scientific knowledge of the coastal yellowfin tuna to inform policy for sustainable management and development of this fishery in Kenya and the entire South West Indian Ocean (SWIO) region. 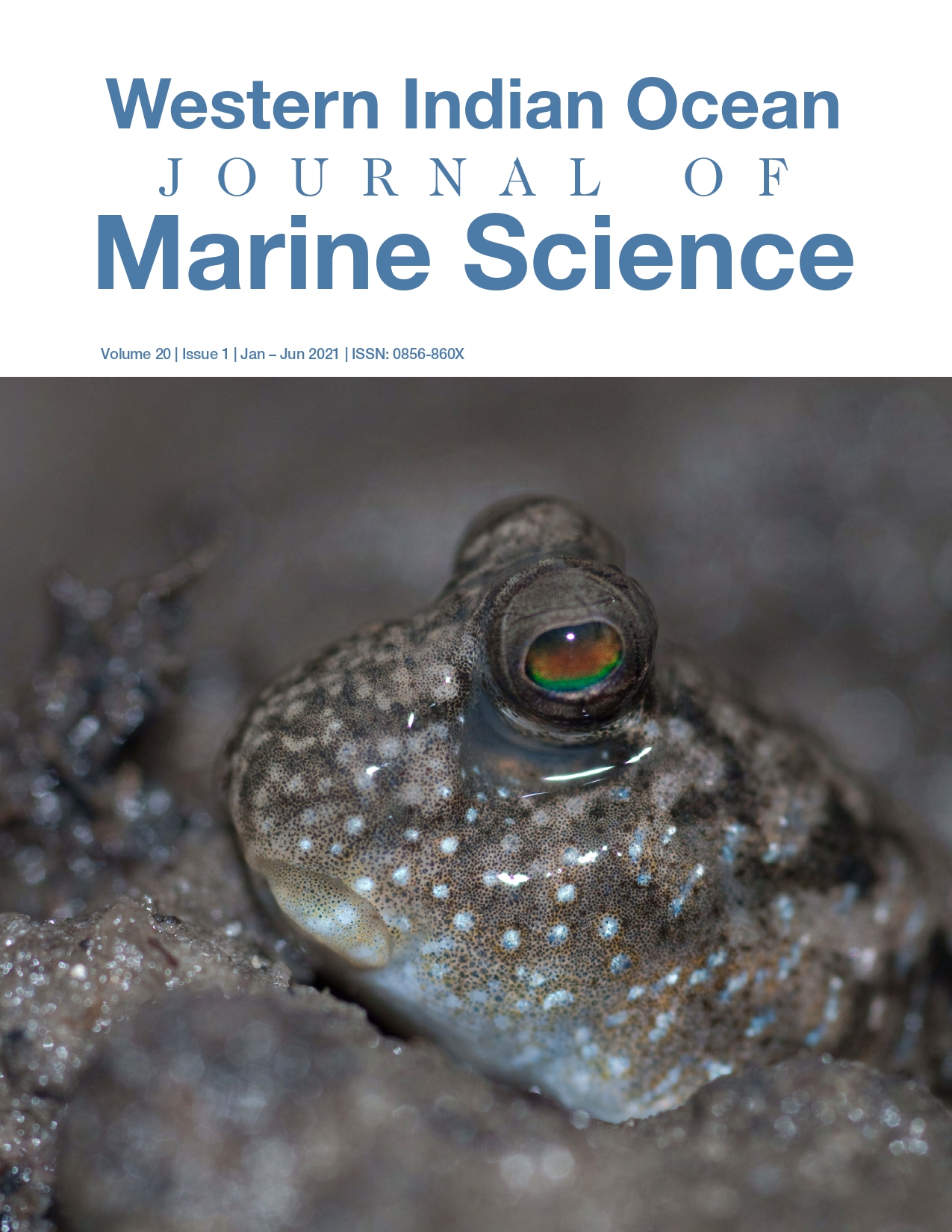