Progestins are key regulators of reproduction. Although the physiological e ects of progesterone are mediated by regulating the expression of genes associated with nuclear progesterone receptors (nPRs), new insights into proges- terone activity was provided when membrane progestin receptors (mPRs) were identi ed. Also, mPRs have been shown to be a novel target for endocrine disrupting chemicals (EDCs). Natural hormonal compounds or arti cial chemicals that interact with mPRs were sought as possible novel pharmaceuticals or EDCs.

Chemicals dissolved in coral reef seawater from Albion, Mauritius that interact with mPRs were screened during this study. The relative binding a nity of these compounds to the mPRα in vitro was evaluated using a steroid binding assay with crushed cell membranes from stably transfected cells containing the mPRα gene. As a result, binding activity in the compounds obtained from coral reef was detected. The highest binding activity was detected in a lagoon area when compared with that in the reef and beach areas. These results suggest that natural hormonal compounds with a nity for mPRα are produced, and under some speci c conditions, accumulated, in seawater of a coral reef area at Albion. 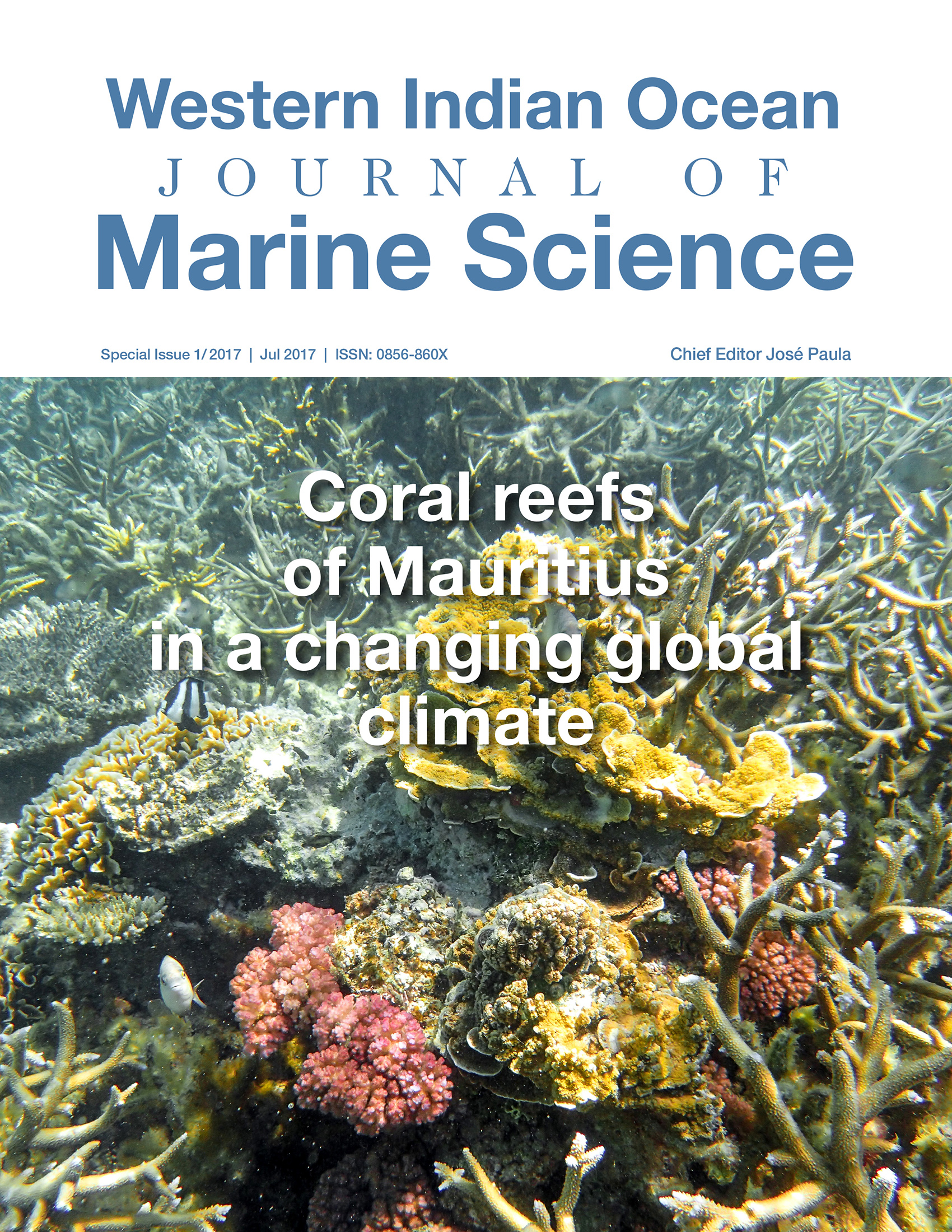